If you have ever wanted to learn Morse code, you may wonder if this would be easy to do. You may have also thought with this be a practical skill to learn amidst all of the modern forms of communication.

For most people, they simply want to learn something new, and perhaps interact with others that can communicate in the same way.

This is a system that was invented back in the 1800s, specifically by Samuel Morse after whom this form of communication was named.

The code itself is representative of punctuation, numerals, and letters in the alphabet. It’s easy to learn if you understand the basics.

The Origins Of Morse Code

In the 1830s, when electrical telegraphy was being developed, a system for communicating messages needed to be created. Samuel F.B. Morse, an artist and also an inventor, devised what is called International Morse Code.

Morse was debuted in the 1850s, at a conference in Europe, and slowly gained traction as a way to communicate.

Those that would receive the messages would see them on paper tape, and these would be converted into text messages. Subsequently, code-books were developed which included both alphanumeric characters and numbers.

Here is an example of a Morse code message:

An Overview Of Morse Code

You may want to start by looking at a chart for Morse code. The chart will have an arrangement of spaces, dashes, and also dots that will correspond to letters and numbers.

By understanding the flow of the dots, dashes and spaces that represent numbers and letters, you can train yourself to understand the words and sentences that are being conveyed.

Although the original reason for creating Morse code is no longer necessary due to the telephone, or even text messaging, it is still a fun way to communicate with others.

How To Do Morse Code

The first thing that you will want to learn or all of the letters and numbers that correspond to the dashes, dots, and spaces that you will be using.

You will begin by memorizing this visually, but you need to practice, listening for the spaces, dots, and dashes that someone is sending to you.

Challenge yourself as you learn, you may also want to practice at night, perhaps in the dark room, using a flashlight to send messages.

It may take several hours of practice with someone else to get your brain to translate these flashes into letters.

After few weeks of practice, you will automatically translate the dits and dahs into words and finally into sentences.

Most people use a telephone, their cell phone, or they will be sending text messages, all of which will allow you to convey words and messages. However, you can always use Morse code in unique situations.

It might even be practical to understand how to do this in an emergency situation. Overall, it is a unique way to communicate, one that you may want to learn, but you will need to have proper instructions to help you master Morse code.

In conclusion, learning Morse code is easy to do with practice. Once you have the letters and numbers memorized, you can begin to communicate.

Starting with the chart, you will memorize the dots, dashes, and spaces that correspond to numbers and letters.

You will then want to practice with flashlights, or even tapping on the table until your brain can convert the sounds and flashes into letters and numbers.

If you would like to learn more about this unique way of sending messages and communicating, you should consider buying a guidebook on Morse code today.

Learn the signals, learn how to write and read the dashes and dots. Sooner than you probably expect you will be able to send and decipher Morse messages. 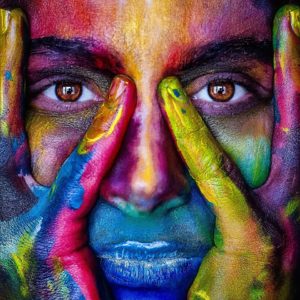